Mayor Comerford has been a homeowner in Jupiter Inlet Colony since 1999, a member of the Commission since 2004, and Mayor since 2011.  During that time he has been an active member of the Colony Garden Club (Beautification Committee), the Jupiter Inlet Beach Club (Parliamentarian and By-laws Committee), and the Property Owners Association (beach clean-up and picnic cook).  Mayor Comerford is also active with the Palm Beach North Chamber of Commerce (Government Affairs Committee), the Palm Beach County League of Cities (HAZMAT Committee Chairman and Environmental Committee), and Florida League of Cities (Utilities, Natural Resources & Public Works).

Mayor Comerford was born in Brooklyn, New York and grew up on Long Island.  He graduated from the State University of New York at New Paltz with a B.S. in Education.  Graduate studies included two Masters Degrees from Stony Brook University, a Doctorate from New York University, and a Post-Doctoral Degree from Cornell University in Labor Relations.  Dan’s thirty-three year professional career consisted of positions as public school teacher, administrator, human resources specialist, labor relations negotiator, sexual harassment hearing officer, and university professor.  Dan has been married to his wife,  Kathie, for fifty one years.  He is currently  a member of the Board of Directors of the Palm Beach Zoo and  both are supporters of numerous charities in South Florida.  They both enjoy gardening, traveling, and living in “Paradise.” 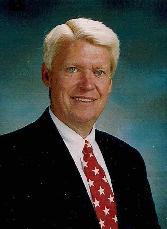