Lisa Hines, along with her husband George, has resided in Jupiter Inlet Colony since 2001. They currently live at 75 Lighthouse Drive, along with their two shih tzu's,  Enzo and Lambo.

Lisa served as the President of the Jupiter Inlet Colony Property Owners Association (now the Social Committee) for eight years. Until recently, she served on the Town Building and Zoning Committee.

She was elected to the Town Commission in 2021 and is serving a two year term.

Lisa had a 25 year career in media sales and management, working In New York,  Philadelphia and Orlando. for ABC/Disney and Cox Television. She retired from her media career in 2007. She assists with the marketing activities

of her husband's business, George's Music, Inc. and manages the couple's commercial real estate portfolio. She is a licensed Florida Real Estate Agent.

Lisa is an active volunteer with the Shih Tzu Rescue in Davie, Florida and assists with the placement of dogs in outstanding homes. She is happy to help any JIC resident interested in adopting a dog from the rescue.

“Chip” Block is a retired media executive and entrepreneur residing in Jupiter, Florida.

He is active in local affairs. He serves as President of the Jupiter Inlet Colony Property Owners Assn. and is a member of the Scripps Florida Council.

Mr. Block began his career at Time, Inc. in 1971. He entered publishing after serving as a Lieutenant in the U.S. Navy from 1968-1971.  Block has written extensively on publishing and media trends throughout his career.

He graduated from the Wharton School of the University of Pennsylvania in 1967. He was elected president of the student government during his junior year.

Chip lives with his wife, Leanna, and two Labradors in Jupiter, Florida. They also have a home in the Finger Lakes region of New York State. Among his hobbies are tracking economic trends; history; golf, and walking on the beach with a good cigar.  He can be reached at 917-923-0056. 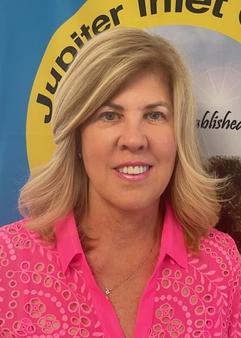 Marie is originally from Kentucky but has been a FULL-TIME resident in JIC, since 1989, and she lives here year-round.  She served as a Town Commissioner from 1998-2000, under Mayor John Miner, and was instrumental in organizing a committee to standardize the review of all landscaping plans before building permits were issued.

In the past, she has been a benefactor and fundraiser of the American Cancer Society.  She has served the Boards of several organizations such as the Loxahatchee Historical Guild, the Lighthouse Arts Center, and Mental Health Association and the Governmental Affairs Committee for the Board of Realtors.  Marie is a current Florida real estate broker associate and has been licensed since 1981.  She has been a member of the Beach Club since 1990 and a member of the Garden Club since 1991.

Her prior service for the Town made her familiar with building codes and approval processes in other towns, risk management, conflict resolution, budgets, taxes and millage and how it relates to property values.  Marie is vigilant about preserving the integrity and the unique character of the Town.

Marie is always available and you can contact her at rosnerm@jupiterinletcolony.org.

Richard (Dick) was born and raised in small town in Illinois.  He enlisted and served four years of active duty in the U.S. Navy.  He joined IBM in Illinois as a Customer Engineer and moved east where he spent 29 years in several positions, including Engineering, Finance, Services Development, Human Resources, Field Operations US and Business Development.  He retired as an IBM Vice President.

Dick, with his wife Pam, moved to Canada in 1995 to become President and CEO of Gandalf Technologies, a high tech. networking company, developing, manufacturing and marketing internet routers in fourteen countries.

Two years later Dick moved to Jupiter Inlet Colony, Florida and his son Andrew was born.  Andrew has autism and Dick and Pam have been very active by volunteering at the Renaissance Learning Center (RLC), a local charter school serving children with autism ages three to fourteen.  He is a founder of the Renaissance Learning Academy (RLA), a charter high school serving students with an autism spectrum disorder which opened in August, 2009.  Dick is also the President of the Autism Project of Palm Beach County (APPBC), a grass roots, non profit, local organization raising funds to assist individuals with autism and their families.  APPBC is partnering with the Els for Autism Foundation to build a Center of Excellence in Palm Beach County that will serve all individuals with autism spectrum disorders.  The center will house both RLC and RLA charter schools as well as provide adult services,  and transitional housing assistance for anyone on the autism spectrum. 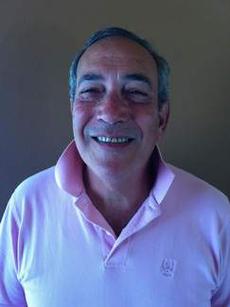 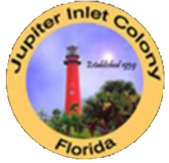 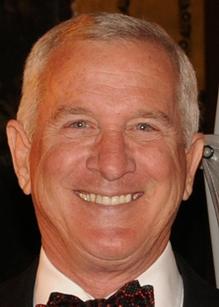